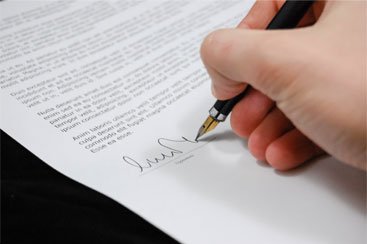 Written by Henry U. Moore, Esq.

It is not an uncommon scenario in general liability cases for multiple plaintiffs to be injured in one accident – this is especially common in motor vehicle cases. Under Virginia law, each injured party has their own separate cause of action for their own physical injuries and emotional distress resulting from those injuries.

However, the lines can become blurred between causes of action when a plaintiff makes a claim that they suffered emotional distress damages from witnessing the injuries to another party. For instance, this scenario can arise in a motor vehicle accident where more than one person in the same car is injured, and one plaintiff claims he suffered emotional distress from witnessing the injury or death of his fellow passenger.

These are commonly referred to as negligent infliction of emotional distress (NIED) or “bystander” claims, and they are very hard to establish under Virginia law. Virginia is in the minority of states that do not allow recovery for solely emotional distress experienced by family members or bystanders in close proximity to the injury or death of another – even if that ‘bystander” is himself involved or injured in the accident. Rather, a plaintiff must show that they suffered accompanying physical injury resulting from the emotional disturbance or distress.

In Hughes v. Moore, 214 Va. 27 (1973) the Virginia Supreme Court laid out this rule for bystander claims that is still in force in the Commonwealth. There, a driver ran his car off the road, struck a vehicle parked in the plaintiff’s driveway, and crashed into the plaintiff’s house. Although the plaintiff was not directly injured by the accident, she complained that she suffered anxiety and subsequently could not breast-feed her baby. A psychiatrist diagnosed her condition as an anxiety reaction, with phobia and hysteria, and testified that she was experiencing physical pain from the emotional disturbance from the accident. In allowing the plaintiff to pursue her claim against the driver, the Court established that where “physical impact is lacking, there can be no recovery for emotional disturbance alone…[However,] there may be recovery for negligent conduct, notwithstanding the lack of physical impact, provided the injured party properly pleads and proves by clear and convincing evidence that his physical injury was the natural result of fright or shock proximately caused by the defendant’s negligence.”

A good illustration of applying this rule to the car accident scenario discussed at the outset is Villnow v. DeAngelis, 55 Va. Cir. 324 (Norfolk Cir. Ct. 2001). There, a plaintiff and his wife were riding in a golf cart that was struck by a car. The plaintiff’s wife sustained severe injuries in the accident. The plaintiff claimed he suffered emotional damages as a result of his own injury from the accident and as a result of the severe injury he witnessed his wife suffer. The Norfolk Circuit Court found that, although the plaintiff could bring a claim for emotional distress resulting from his own injuries, he could not recover emotional distress damages for witnessing and living with his wife’s injuries, despite the fact that he was also injured in the accident. This is because he did not have any injury resulting from witnessing his wife’s injuries, as required by Hughes.

When evaluating claims made against an insured, it’s important to keep this rule in mind and keep each claimant’s cause of action separate, based on their own individual, physical injuries suffered. Allowing the causes of action to overlap and analyzing one plaintiff’s damages based on the injuries of another can erroneously inflate the true value of a claim, especially where gruesome injury or death is involved.

The attorneys at KPM LAW have experience successfully defending against bystander/NIED claims and are happy to advise and put their experience to work for you.